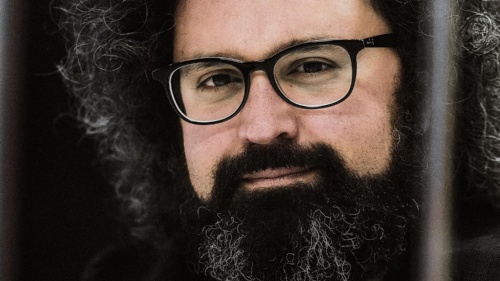 At Porto Vecchio in Trieste, there is a particularly touching 'place of memory'. It tells of a very painful page in the history of Italy, of a complex and never sufficiently known event of our 20th century. And it is even more poignant because it entrusts this 'memory' not to an imposing monument or impressive documentation, but to many small, humble testimonies that belong to everyday life.
With the peace treaty of 1947, Italy lost vast territories in Istria and the coastal strip, and almost 300,000 people chose - in the face of an intricate situation fraught with lacerations - to leave their native lands destined to be Yugoslavia and continue their existence in Italy. It is not easy to truly imagine what their state of mind was, with what suffering entire families packed up all their few belongings and left behind their towns, their homes, their roots. In front of them hardship, poverty, insecurity, and often suspicion.
Simone Cristicchi was struck by this page of our history and decided to retrace it in a text that takes its title from that very place in Trieste's Porto Vecchio, where the exiles - homeless and often facing long periods in refugee camps or exhausting journeys to distant destinations in the world - left their belongings, waiting to be able to return to them in the future: Magazzino 18. Assisted in his writing by Jan Bernas and directed by the expert hand of Antonio Calenda, Cristicchi once again brings to the stage Magazzino 18, the show that has thrilled the whole of Italy in past seasons. His journey will start precisely from those private objects, still preserved at the Port of Trieste, to bring to light every life that is hidden there: he will narrate it frankly and move from one to the other, changing vocal registers, costumes, musical atmospheres, in a koinè of languages that transfigures the historical reportage into a new form, which perhaps can be defined as "Musical-Civil".